Whether you're surrounded by the spellbinding neon lights of an urban game center, or challenging your best friend to Tekken before a Saturday morning movie matinee, each arcade experience is filled with its own unique charm. The one common denominator? More tokens mean more opportunities to play, win, and have fun. 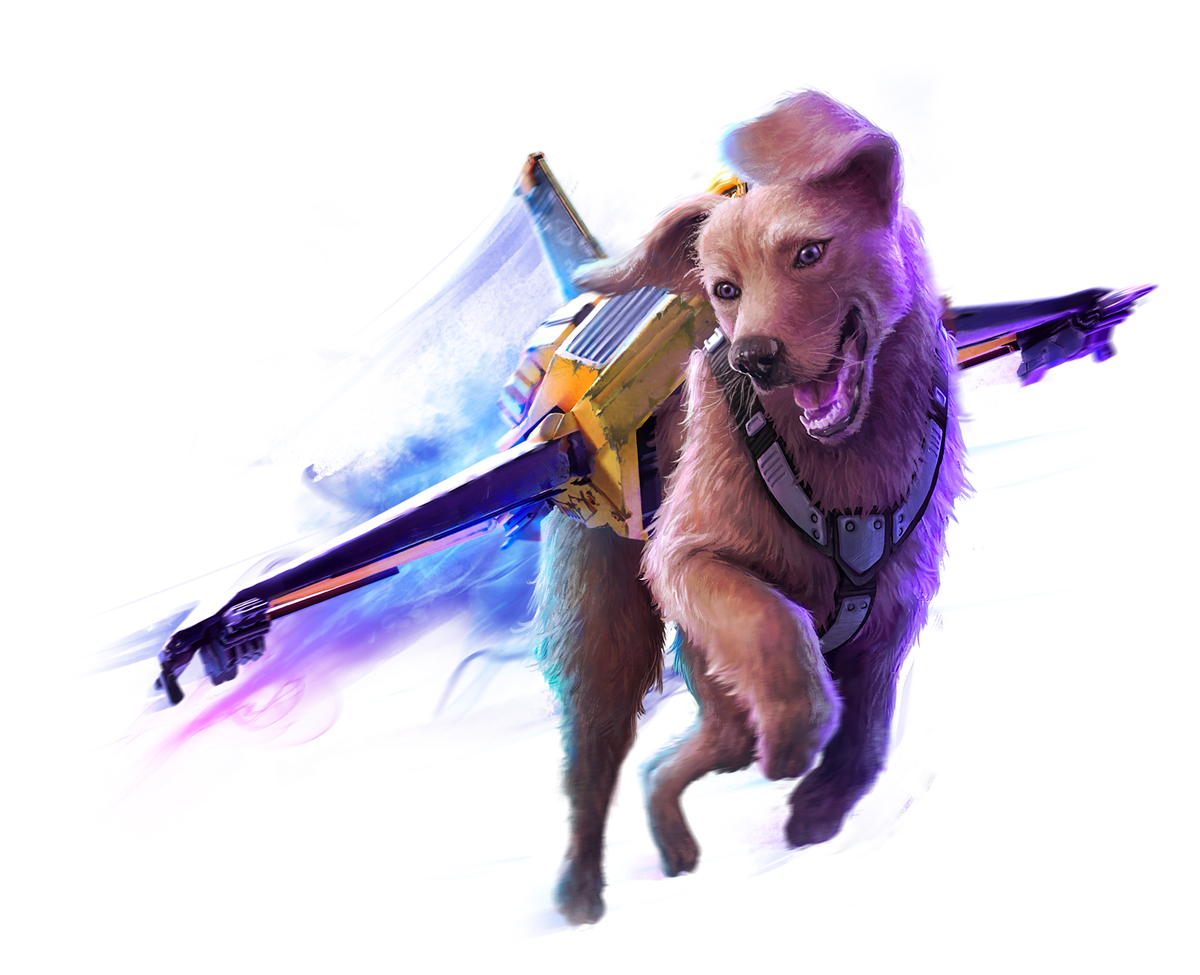 From activating a Rocket Boost to launching Attacks or laying Traps for your opponents, you'll never experience the same race twice. Help guide your furry companion to victory, winning Insert Coins along the way!

Rocket Dogs players can win Insert Coins by racing across the cosmos, competing for the glory of victory on and off-world.

These Bonuses will allow players to acquire a large amount of Insert Coins early in their journey as a Commander, which will help them begin customizing their Dogs and Rockets. This fated gift from the cosmos will help Commanders discover and test out their best racing strategies.

Bonus rates are based on the rarity of the Genesis Set Dog and Rocket that completes its first five races:

Genesis Set Dogs and Rockets are eligible for these Bonus Insert Coins on each of their first 5 races. After that, the Bonus Insert Coins will no longer be available for those Dogs or Rockets, but fear not! Standard reward rates will still apply, so players will always have an opportunity to win by completing races.

In Rocket Dogs, there is no limit to how many times you can hit the course and race. Plus, the more you race, the more Insert Coins you'll win!

Winnings are linked to how well players perform in a given race each day, as final rank determines what percentage of the daily per-race prize pool the player will receive. This amount is fixed during a given week.

For example, if the Daily Reward Rate per-race prize pool is 3,123 Insert Coins, each race will award the following:

The daily per race prize pool is subject to Weekly Reward Rate Readjustments.

Sure, you've won the race. But did you win the marathon? Season Leaderboard Rankings determine an additional prize amount won by the Top 1,000 players across the Rocket Dogs player base, linked to their overall leaderboard ranking at the completion of each 91-day racing Season. Rankings reset at the start of each Season, so stay on your toes— will you consistently hover among the best in the galaxy, or will you claim victory by shattering the status quo as an underdog?

Future Season's prize pools will be dynamic once additional games are added to the Insert Coin Arcade due to Weekly Reward Rate Adjustments.

Rocket Dogs players can spend their Insert Coins in fun, exciting, and strategic ways. Here's a breakdown of a few ways you'll be able to spend yours.

Every game in the Insert Coin Arcade will feature exclusive NFTs and other in-game content that can only be acquired with the help of Insert Coins. All exclusive content purchasable with Insert Coins will cost a fixed amount in US Dollars, paid in Insert Coins.

Dogs can grow their racing abilities by leveling up, allowing you to improve your Dog's stats and enhance your gameplay strategies. Want to own the most agile Husky in the cosmos? Add a dash of Agility. Want to train the fastest Pomeranian in the solar system? Add a sprinkle of Speed. Want to command the best scavenging Bloodhound on Quantum Prime? Turn an eye toward Scavenging.

All Dogs start at Level 0, maintaining their breed's base stats plus any Rarity Bonus Stats. After their first Race, they'll level up to Level 1, helping you keep track of which Dogs have begun to compete.

Each time you Level your Dog, they'll gain one stat point that can be applied to any of their base stats. At Level 25, for instance, your Dog will have 25 more stat points than a Level 0 of the same rarity tier and is now fully customized by you!

Level 2 and higher are unlocked by spending Insert Coins you've won from racing. The cost of each level is equivalent to $1.00 USD paid in Insert Coins when you level up your Dog.

Dogs can reach an initial Max Level of 25. Higher Levels beyond 25, however ‐ which will eventually allow a dog to climb to Level 100 ‐ are achieved through the Dog Generations system, described in detail on the Rocket Dogs website.

Want to try out a new race strategy with your Dog that requires a different distribution of its stat points? Or perhaps the metagame has shifted, and what worked for you last Season is an outdated strategy. Don't worry. You can reset your Dog's stats anytime with the help of Insert Coins.

The cost to reset your Dog's stats, which enables redistribution of those stats, is equivalent to $1.00 USD paid in Insert Coins at the time of reset.

Each Dog breed has a unique Breed Skill. From the Shiba Inu's Barrel Roll to the Greyhound's Beyond Redline, Breed Skills ensure each Dog has a racing style that is truly distinctive to them.

Beyond Redline: With this Skill, the Commander can choose when their Greyhound can expend Energy for a massive temporary Speed and Acceleration buff.

Even old dogs can learn new tricks. Each Dog has two additional Skill slots that are vacant by default. You may choose to purchase additional Skills from the global Skill pool with Insert Coins, further customizing your Dog's Skills to fit your desired race strategy!

The rarity of your Dog will determine which Skills you can purchase for your two additional Skill slots.

When you purchase a new Skill for your Dog, it is permanently learned by that Dog. Your Dogs only need to learn each unique Skill once. You can purchase as many additional Skills for your Dog as you 'd like, but you can only fill each slot with one Skill at a time. You can switch which Skills are filled in each slot at any time between Races to best suit your next race strategy!

Each Skill costs $5.00 USD paid in Insert Coins at the time the Skill is purchased.

There are initially 20 Skills available to discover. Check out the Rocket Dogs website to explore all the different Skills you can teach your Dog!

Like Dogs, you will eventually be able to level up your Rockets, too! Deliver maximum competitive edge to your canine companion by equipping your Rocket with the latest and greatest in racing technology that this galaxy has ever seen. Rocket Leveling and Generations are slated to launch with the Moonrise set, currently scheduled for mid 2023. More detailed information will be released as we approach launch of these systems. For intrepid Commanders, a brief preview of Rocket Leveling is provided below:

All Gen 1 Rockets start at Level 0 and have the potential to reach a Max Level of 25. Level advancement between 1 ‐ 25 is achieved by spending Insert Coins to unlock each successive Level. Like Dogs, the cost of each Rocket level is equivalent to $1.00 USD paid in Insert Coins when you level up your Rocket.

Higher levels, eventually up to Level 100, are achieved through the Rocket Generations system, described in detail on the Rocket Dogs website.

Leveling your Rocket lets you unlock its true potential. With more complexity and nuance than that of the Dog Leveling system, Rocket Leveling allows you to fine-tune every aspect of your favorite Rocket to fit your specific race strategies. From altering your Rocket 's stats to unlocking additional abilities, the system will satisfy even the most demanding gearhead!

Pressed for time? Players can use Insert Coins to Expedite their Scavenges, reducing Scavenging Length by 50% while still gathering the same number of Gemstones! Players can redeem these Gemstones for unique Loot found nowhere else in the game. See the Rocket Dogs website for full details on Scavenging.

The cost to expedite Scavenges will be revealed closer to the Grand Opening of the Insert Coin Arcade.

Check back often to discover other fun and engaging ways to utilize Insert Coins. 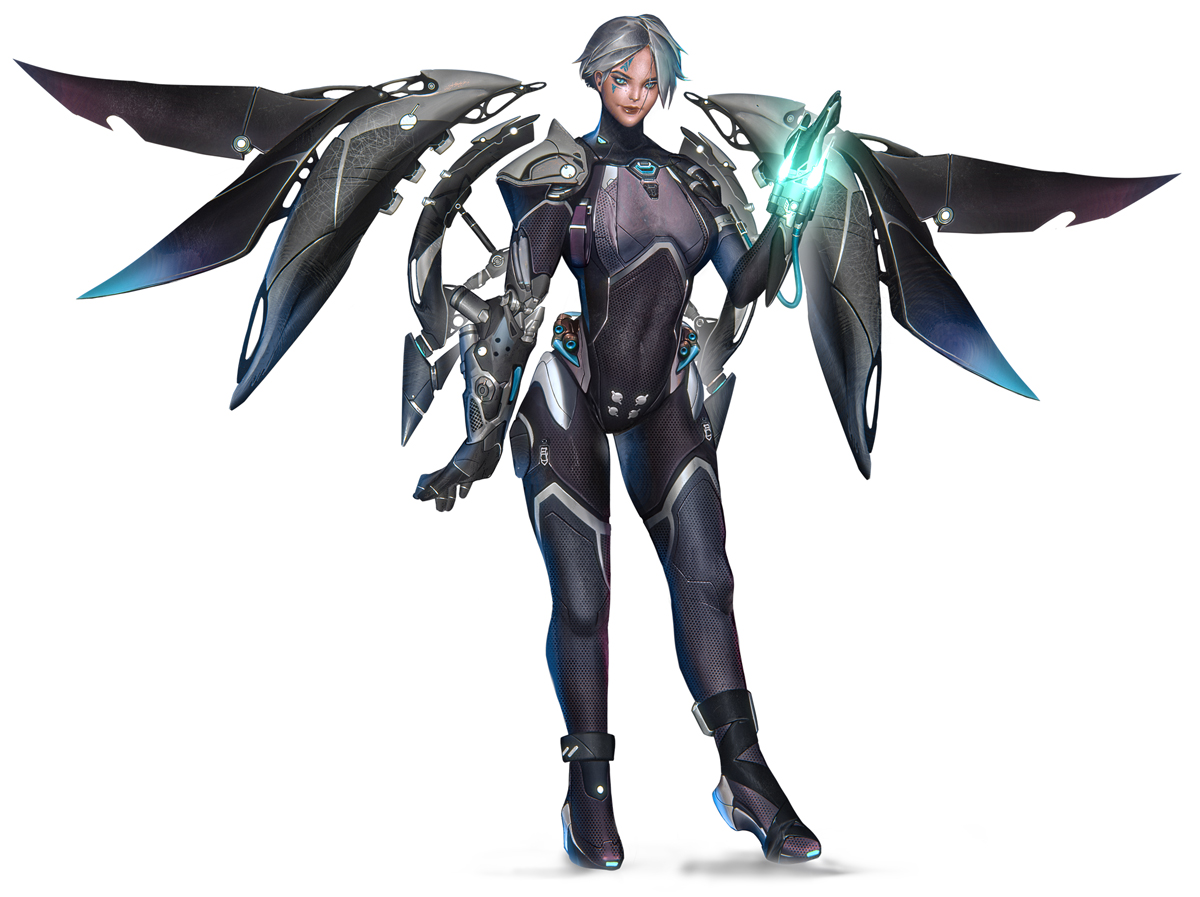 Enforcers is a collectible NFT game that features elite squadron battles and tactical missions that take place across a wide array of galaxies throughout the universe. Trained to be the best fighters in the universe, Enforcers are equally adept in head-to-head and squadron-based battlefield combat. Your mission as a player: Assemble a squadron of top Enforcers to defend the universe from another Aeonstorm, the universal war that almost led to the destruction of all intelligent life in the cosmos!

Each Enforcer is a fully customizable NFT character from one of ten advanced alien civilizations that are members of the Supreme Alliance of Interstellar Nations (SAIN), a confederation created by the victorious Toba and their Skatari allies in the aftermath of the First Aeonstorm. SAIN was forged by the hope that no future generation would have to suffer the atrocities of another cataclysmic event.

The goal of every Enforcer is to win combat matches against opposing squadrons. Beyond battle, players can also send their Enforcers on tactical missions to level up their unique skills, gather resources, find Loot, and train to become the top squadron across all of SAIN!

Details on ways players can win and spend Insert Coins in Enforcers will be revealed as it approaches launch in the Insert Coin Arcade.

As new games and experiences are added to the Insert Coin Arcade, they'll be detailed here. Stay tuned for updates!